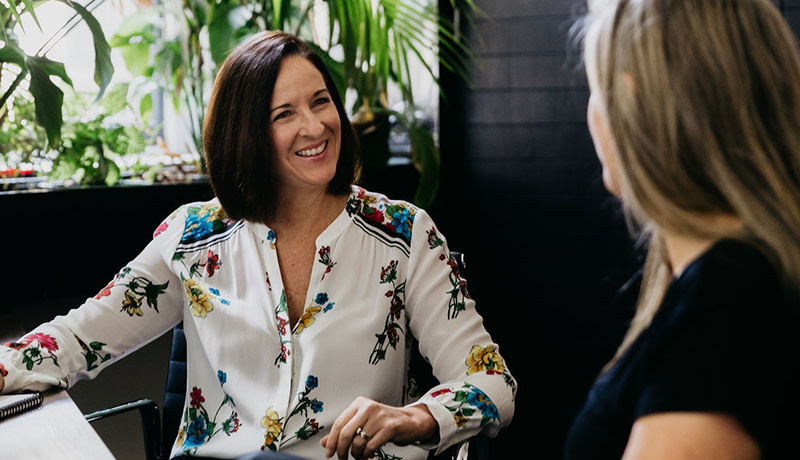 People often ask, “What’s it like working as a coach at Luminary?” “Pretty awesome,” I respond. I get to listen for the greatness in people, and I really appreciate the opportunity to be a catalyst for change. There’s nothing quite like empowering people to shine.

With a simple brief to support the ongoing development of team members and ensure their fulfilment and success, I have a pretty open mandate for making a difference. Generally speaking, the rewards of coaching are great. What is most clear is that people thrive when given the opportunity to explore what matters most to them. Those who have taken advantage of this opt-in program are kicking goals. I’ve seen team members at Luminary take on issues that impact the quality of their lives, both at work and at home. When people are happy, they are more available for the work they do. The impact is not only for themselves, but for those around them, because contributing to others is both natural and contagious.

The rewards of coaching

How a company measures the success of coaching can be a challenge because the outcomes are nearly always indirect – but they are nonetheless very real and potent. Here are some illustrations of things that have happened at Luminary since the launch of our coaching program:

From early on, I’ve been ‘fanning the flames’ of good ideas which have arisen in coaching sessions. Given space to pause and reflect on their desires or unique contribution, people’s creativity gets unleashed. What often follows is bold and courageous action – from working on internal systems, to health initiatives, to designing ways to advance skills or expand team members’ roles. With people stepping up and taking on initiatives, Luminary has seen fundamental changes in the way it operates, which has led to significant progress in the areas of project design and how the company engages with customers.

“Given space to pause and reflect on their desires or unique contribution, people’s creativity gets unleashed.”

Luminary’s employee retention and overall satisfaction is especially high and we haven’t had a single team member leave the company since the coaching program was launched 18 months ago. This is particularly unusual considering the norm for agency workplaces, which are commonly high-stress environments. Additionally, Luminary was ranked #12 in the 2018 Great Places to Work Survey (for under 100 employees), due in large part to the fact that team members are happy and fulfilled in their work, and it shows in what they say about their workplace.

A high-performing team, inside and out

When Luminary rebranded last year, it was a monumental effort, which demanded both collaboration and innovation internally, but also the ability to serve an expanding customer base. When a team comes together on behalf of the greater good, what arises is satisfaction and pride. I loved supporting this team while it enthusiastically transformed as a company.

Empowered by coaching support over time, a number of people have been promoted to leadership roles, and others have taken on expanded accountabilities. Two team members have moved country, reimagining new ways to fulfill their roles. While Luminary has flexible work policies, it still takes something extra for individuals to look outside the box and create pathways to grow, challenge norms, and be their ‘biggest’ selves.

A mindset change about goal setting

The team has shifted their thinking about goals, namely they can be fun and motivating rather than simply used as a yardstick to be measured against. With coaching comes new perspectives which translate into new actions that produce different outcomes. People learn how to author change for themselves, and there’s a friendly accountability held by their coach that is supportive in nature. Whether someone fulfills immediately on a goal or not, there is always something to learn, and this helps them get better and better at it over time. This experience of self-managed performance and ownership is very different from delivering on a KPI designed by someone else.

How coaching works at Luminary

Working on a company’s culture and performance through coaching is particularly rewarding because it is human-centred and very real. The authentic engagement of people requires trust and courage. While the impact occurs mostly on an individual or personal level, there are also broader benefits because I maintain a focus on the quality of communications and relationships across the business as well.

Coaching can be misunderstood, because it’s not really about solving problems, correcting situations or handling relationships. While problems are often solved following coaching, it’s not the starting point. A typical coaching session is a welcome interruption to the status quo, whatever the topic. In coaching we often dig into unknown territory about what someone is dealing with, how they are thinking, and even what may have them stuck in a rut. A coach brings curiosity and questions to help guide an exploration and stimulate discovery, which leads to new perspectives, insights and solutions. Also, because coaching is confidential, it provides a safe space to deal with uncomfortable issues. When people get things off their chest (without concern for retribution), it allows things to shift from complaint to creativity.

When Luminary decided to launch a coaching program for its people, none of the employees quite understood what coaching was. They’ve had to learn how to use this opportunity to their own advantage. Coaching matches a dearly held value at Luminary, that people come first. The wisdom of having a coaching program is not in question for this organisation, because the ongoing results (ROI) are the only proof it needs to continue this investment in its team.

If there’s one lesson I’ve learned while coaching at Luminary, it’s that the success of a company is directly correlated to the value it places on its primary resource – its people. This is particularly true for a service-related business, where people’s performance is vital. How well you look after your people matters, and this can be beautifully enhanced through coaching, whether it’s seen as a luxury or a very clever ‘insurance’ program. Whatever the case, smart leaders recognise this basic principle, which is the main reason I love coaching the team at Luminary.

“It’s fair to say that I had very high expectations of Lisa before we started working together, and that the outcome of this coaching has far exceeded those expectations. After only a few months of consultation, I have achieved an outstanding level of satisfaction in my role and heightened pride in my contributions to the agency. Simply put, Lisa has enabled me to be my best.” 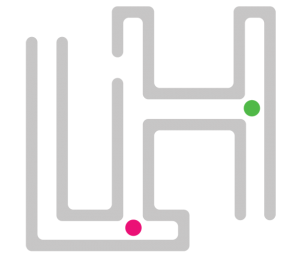